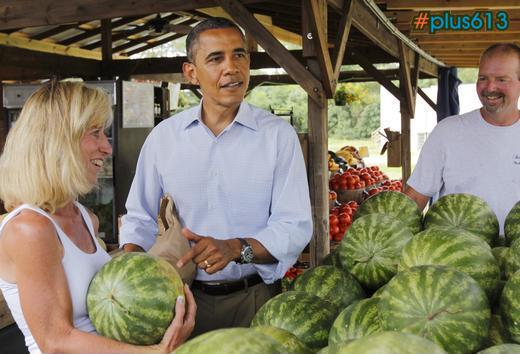 Comments for: Watermelons and White women
SuperBee Report This Comment
Date: November 14, 2012 08:02AM

I have never denied that nor tried to hide it, I am a bigot and readily admit it. I will continue to be racist until blacks stop thinking we owe them something for slavery. They should owe us something for bringing them here, they could have been left in Africa dodging lions. If it wasn't for slavery they could still be over there starving to death and uneducated. Until their attitude changes mine stays the same.

That is no justification for it. Black people I know and have known are not like that at all and I suspect those who are like that are not even close to a majority of them. Your perception of reality is completely distorted when it comes to race.
jgoins Report This Comment
Date: November 16, 2012 12:22PM

The black people you know, do you really think they would come out and tell you that they think whites owe them something? I know many blacks and have associated with them but not one of them know I am racist. If it is that easy to keep my feelings to myself what makes you think your associates aren't hiding their true feelings from you? I know one black who might not believe we owe them but I'm not absolutely certain. With so many blacks on the dole, so many holding onto the African heritage and so many talking their N word gibberish, how can one not think they believe we owe them?