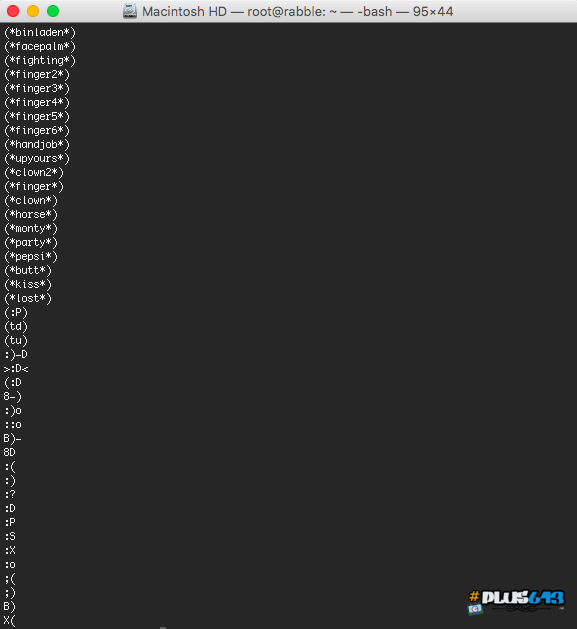 You can still type the old smiley codes; it's just not selectable via a pulldown menu anymore.

Now that we got that straightened out, diggin around in the account settings, looks like our avatars are dead now too

so if I wanna add a smiley to a post I gotta find this post, figure out which one is which and then go type that shit on the other post, cant even copypasta...

Or, do like I did n make a doc with the codes and an explanation of the smiley written out beside it. Then it's a straight C&P operation into the post. And yeah, it's a PITA doin that, but ...

I'd rather have been able to make a copy of the smiley image itself and have the code beside it but never figured out exactly how to do that. I even created a document in OO and tried inserting and copyin the smiley images into it, but that just didn work as they were too dinky to even know WTF they were sposta be and expandin the images didn really help so

but you know what??

how much effort did it take to make some of the above text red?? oh brother, you don't even wanna know...

edit: you can also mouse-over the images such as the facepalm above which shows you the alt-text code to insert one, too.

Dead?? Oh man, all the poor bleating nannies (billies too as far as I know), and all those poor orphaned kids now too ... sniff, sniff
woberto Report This Comment
Date: September 28, 2016 07:49AM The is a difference between IMG and image if you really want to rock the BB code.

Shame I don't know it.

Only thing I'll go for raw is red snapper